Located on ancestral land bordered by the Sainte-Marguerite River in the Saint-Grégoire area in Bécancour, Le Fief de la Rivière is a winery owned by the brothers Jocelyn and Jean-François Hébert.

The story began in 2008 when the brothers and their spouses began their journey to star a winery. The four partners planted their first vines: a 100 each of 10 different grape varieties. 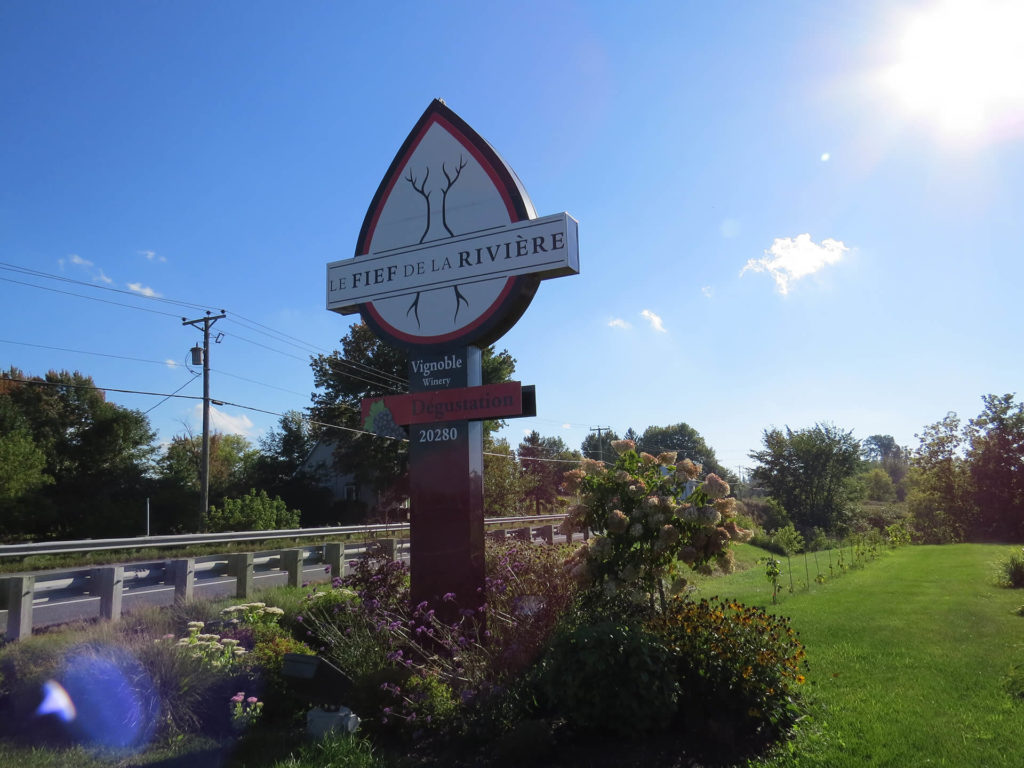 It is back in 2009 that the official name Fief de la rivière was given to the winery.

During that same year, passion and hard work paid off: four wine varieties were produced and commercialized under the name of “Globul”. This name evokes the nobility of wine… and the medical profession to which Jocelyn Hébert has always been dedicated.

License in hand as of 2013, the team opened the doors in spring 2014 with the official opening of the wine cellar, of the terrace overlooking the vineyard and accommodating up to 60 people, as well as of the vat room.

Today, our vineyard has over 7,800 vines in production on 2.5 hectares based on 11 hybrid grape varieties and 1 Vinifera (Chardonnay).

Are you looking for more information? Join us at the Fief de la rivière for a wine tasting session. You will learn about the history of our winery in its entirety and will discover where the magic takes place.